The night she was born, doctors inserted an intravenous line into aLyttia’s forehead, swaddled the baby’s three- pound body in plastic wrap, and airlifted her to a nearby major hospital.

Tragically, aLyttia was born five weeks prematurely, with severe physical abnormalities and injuries due to poor decisions made while she was in utero. Doctors performed three surgeries the first week as aLyttia clung to life, carefully knitting internal organs back into her body. Her tiny club feet were set in braces that she wore 23 hours a day.

And, for the next four months she lay alone, critically ill while facing dozens more operations.

But, by God’s grace, two Wake Forest-based missionaries, both with a heart for foster children, took aLyttia into their home and adopted her shortly thereafter. 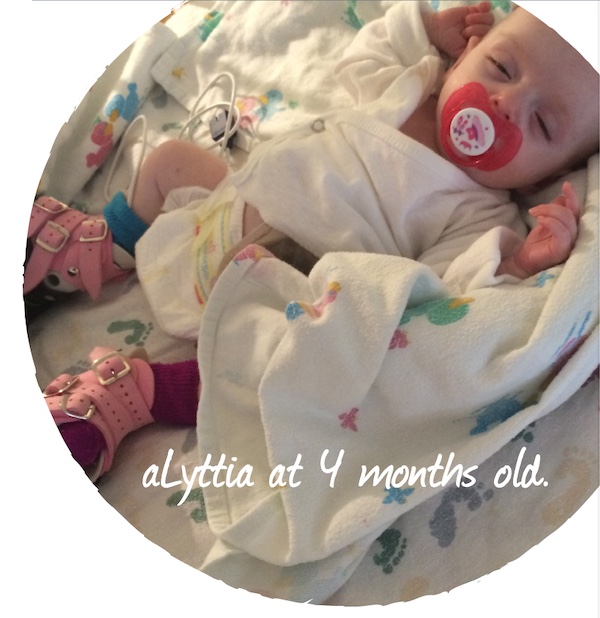 (Omphalocele is a birth defect of the abdominal (belly) wall. aLyttia’s intestines, liver, and other organs were protruding outside of her abdomen. She also had a small hole in her heart and a malformed spinal cord.)

Pediatric Medical Trauma is the result of a child facing pain, injury, medical procedures, and invasive or frightening treatment experiences.

As you can imagine, aLyttia’s emotional state has suffered deeply. Her trauma has led to severe anxiety for the first grader.

But you can help. You can give her the gift of safety and trust at Hope Reins. And, equip her with skills she’ll need to grapple with future medical interventions (which will be lifelong, in her case).

aLyttia and other kids just like her need your generosity.

Please give a Christmas gift today.

(aLyttia brings a nurse’s notebook and plays ‘hospital’ with Hope and Sarah, her mentor. “It gives her a sense of purpose and control,” says Katharine.)

Will you give a Christmas gift?

You can give aLyttia and other kids like her the gift of safety and trust at Hope Reins. Would you consider giving a Christmas gift today?