Zeb worked for the Amish as a cart horse until he was rescued by his owner at an auction in 2012.  She knew he was destined for great things and donated him to the Raleigh Police Department 8 years ago where he began a career of serving the capital city of North Carolina.

Police horses are ‘officers’ and put through extensive training, including how to overcome every basic instinct they possess.  For example, they learn to not run, jump, or kick in unpredictable scenarios or around loud noises such as traffic, gunfire, or sirens.  Training also includes ‘desensitizing’ so they can walk through water of unknown depths, touch unfamiliar things, jump up to 18” on demand and walk over material they would normally fear, like logs or plastic.   They are also trained to use their body as a ‘moving wall’ and other crowd-control measures.

“Zeb is like that big teddy bear,” says Dawn, “But he also knew how to do his job.”  Even though Zeb is retiring from the police force, he’s now working in perhaps his most important role ever:  that of a healing partner for hurting kids. 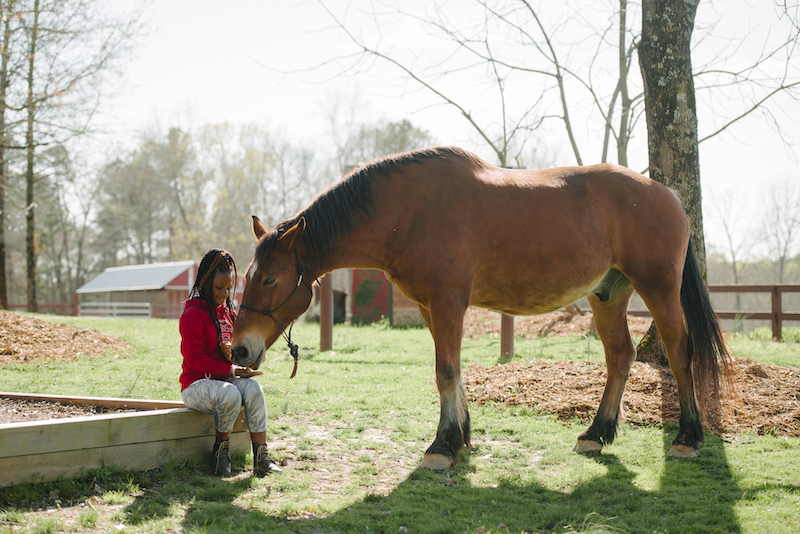