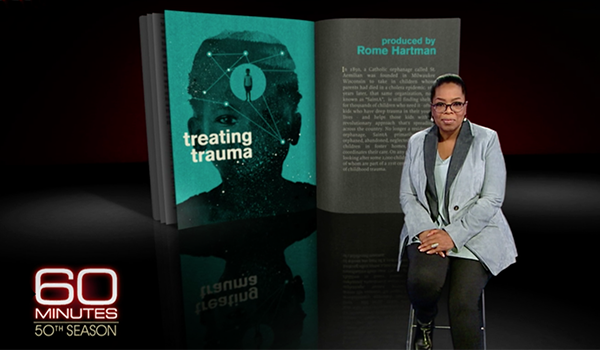 She grew up on welfare and was sexually abused by multiple family members at a very young age.

What you might not know, is that the richest African American of the 20th century attributes her resilience and marked success to one person: Her Fourth Grade teacher, Mrs. Duncan.

“She instilled in me a sense of believing that I mattered,” she says.

In 2018, Oprah produced a CBS 60 Minutes special on trauma-informed care for kids and called it the most revolutionary story she’s ever done.“It changed how I see everyone.”

“I learned to not ask ‘What’s wrong with him or her,’ but rather, ‘What happened to them,'” she says.

At Hope Reins, we know – just as Oprah discovered – that research shows the adverse effects of childhood trauma can be successfully reversed by helping kids build resilience.

And what’s key in developing resilience for kids in crisis? One safe, caring relationship.

Emotionally wounded kids find their own Mrs. Duncan at Hope Reins because you give generously. Thank you.

Have a wonderful weekend!

About the Author: Christy Burkey