Growing Up and Out of Pain at Hope Reins

Growing Up and Out of Pain at Hope Reins

Do you know what it feels like to be the “awkward” kid? 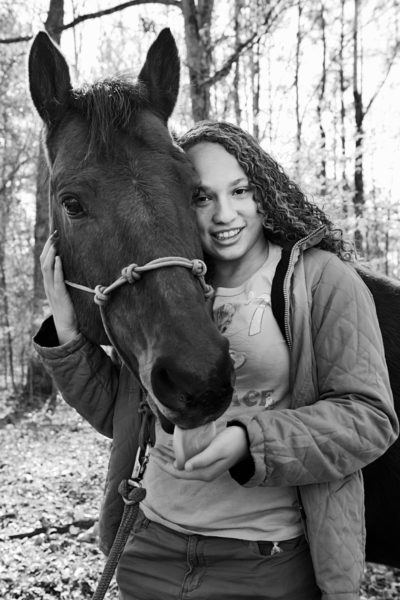 Bullied at an early age, she fell into depression after her parents’ separation.  At school, her social anxiety manifested itself into goofiness, but rather than laugh with her, classmates laughed at her.

When she began cutting, her Mom, Elvira, feared the worst.  The turning point was the night Cheyanne ended up in the emergency room with a gaping self-inflicted wound.  “I thought she was going to kill herself.”

The first time they came to Hope Reins, Elvira couldn’t believe her eyes as Cheyanne’s demeanor transformed from a fidgety, nervous little girl to a calm, purposeful helper at the ranch. “I was in tears seeing her so happy.”

Over the next four years that followed, Cheyanne’s anxiety diminished as her confidence grew – arriving home from sessions at the ranch with blistered hands and a huge smile.

While most high school kids play in band, cheer-lead, or compete in sports, Cheyanne’s extracurricular activity was Hope Reins.  With her favorite rescued horse, Deetz, by her side, the duo healed each other’s hurts and became extraordinarily connected. “Chey never had sleepovers or best friends,” says Elvira, “But having a place where she was loved and not judged was life giving for her.”

“Hope Reins fills Chey up,” says Elvira. “It is an uplifting safe haven, and there is no way I could ever repay what they’ve done for us.”